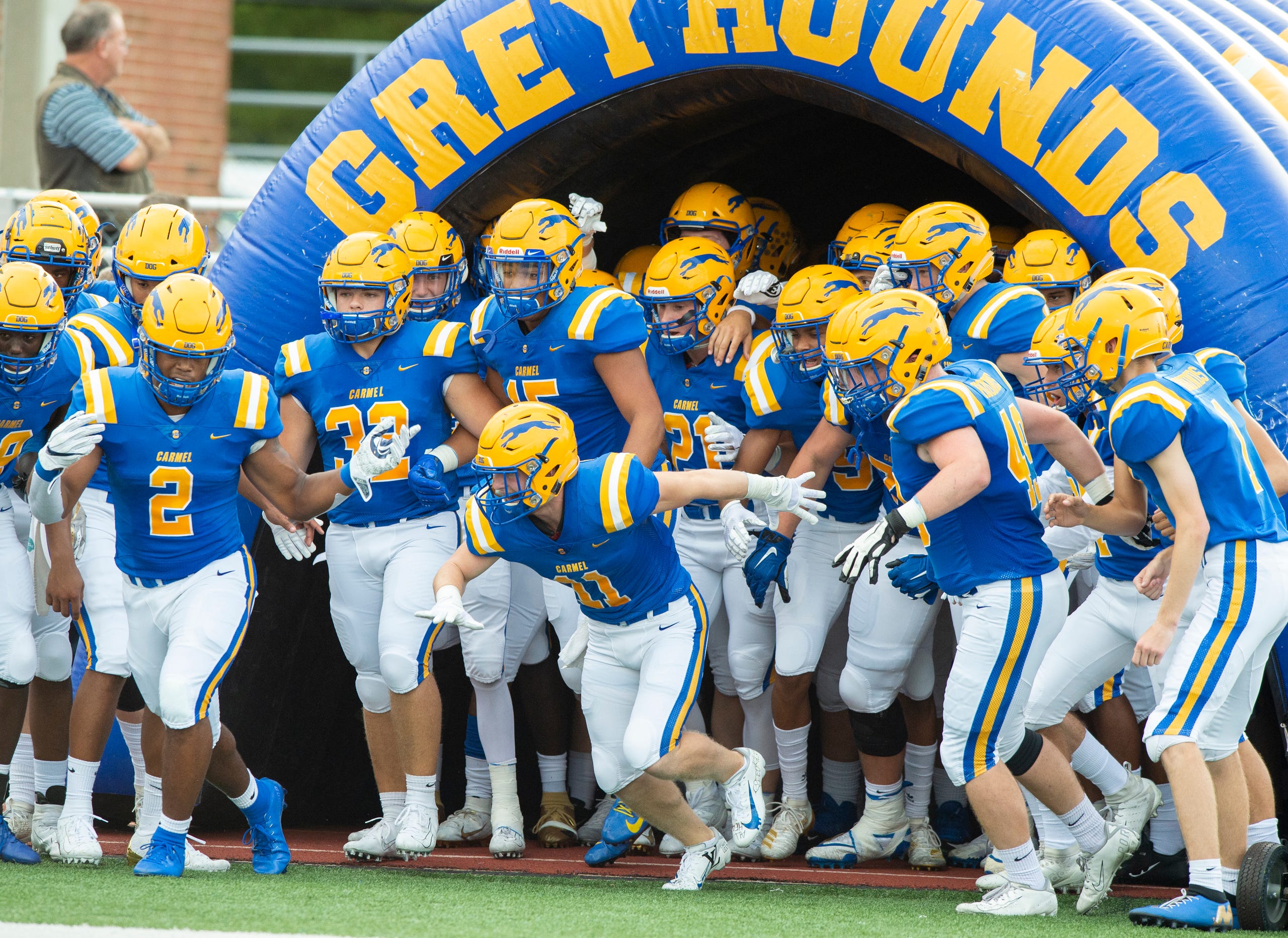 2020 MIC Football Preview Series: Carmel
We’ve made it, high school football is back. Over the last few weeks, we’ve gone in depth on each school in the MIC and some names to watch for each team. Today, we take a look at the reigning Class 6A state champions.

Recap: Carmel began the 2019 campaign well, going 3-1 in the first four games despite battling through injuries. The quarterback position was a revolving door throughout most of the season. After starting with experienced veteran Gabe Quigley, sophomore Zach Osborne stepped in for two weeks against Pike and Lawrence North. Osborne also went down, leading the team to resort to emergency backup Christian Williams.

Carmel appeared to be at a crossroads after consecutive losses to North Central and Ben Davis. However, the team rebounded at the most critical point of the season by shutting out Warren Central, 28-0. Carmel used the win as a springboard in the postseason, knocking out Hamilton Southeastern, Westfield, Homestead and Merrillville with ease.

A year after falling short to Warren Central in the 6A state title game, Carmel took care of unfinished business. The Greyhounds relied on defense and a strong running game to take down Copper Kettle rival Center Grove, 20-17. The win clinched Carmel’s first state title since 2016, and ninth overall.

Dylan Downing (RB): A multi-year starter at tailback, Downing was the bell cow for the Greyhounds rushing attack. In his final season, Downing rushed for 1,346 yards and 15 touchdowns. Downing will continue his football career at UNLV.

Ty Wise (LB): Wise was one of the best pass rushers on Carmel’s stingy defense. The outside linebacker finished second on the team with five sacks, including 112 tackles and a team-leading 20 tackles-for-loss. Wise will stay in-state and continue his football career at Indiana.

Cole Brevard (DT): Brevard came into the 2019 season rated as one of the top football recruits in Indiana. Although Brevard did not fill up the stat sheet, the defensive tackle commanded the line of scrimmage by drawing double (even triple) teams. The defensive lineman will continue his college football career at Penn State.

Zach White (RB): With Dylan Downing graduating, White will have a larger role in Carmel’s rushing attack this season. White has been a bowling ball for Carmel. plowing over would-be tacklers en route to 606 rushing yards and 11 touchdowns. The rising senior will split carries with John Rogers, a change-of-pace back who should complement each other well.

Andrew Turvy (LB): Carmel has enjoyed a run of standout outside linebackers in recent years with guys like Ty Wise, Beau Robins and Joey Schmit. Is Turvy the next in line for a dominant position group? Turvy finished with 87 tackles and a team-high six sacks last season. He will be one of the focal points for a Carmel defense that is usually among the best in the state.

Colton Parker (WR): Carmel’s leading receiver will return this season after hauling in 772 yards and 11 touchdowns. Parker has demonstrated a strong ability to grab contested passes – just look at his highlight reel touchdown pass in the regular season finale at Lawrence Central – and should make life easier for junior quarterback Zach Osborne.

One matchup to watch: 9/4 at Center Grove – Carmel faces a daunting stretch to begin the opening season. After a week one road game against Plainfield, the Greyhounds return home to face Cathedral before taking on Copper Kettle rival Center Grove. With both teams featuring defensive standouts, this game will likely be a physical, low-scoring affair.