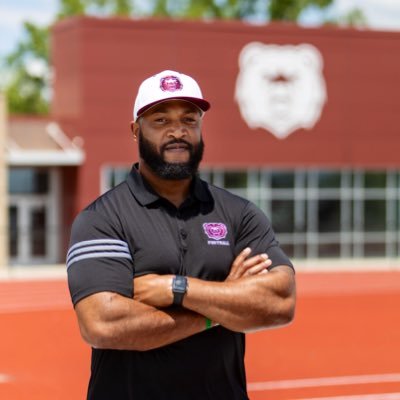 Recap: John Rodenberg had high expectations for the Bears heading into the 2019 season. With an experienced roster loaded with defensive talent and veteran quarterback Jasen Graves transferring from Pike, Lawrence Central looked like a team that was ready to compete against the best in the MIC.

Instead, the team struggled with miscues and injuries throughout the season. Charles Vaden, a freshman, had to fill in at quarterback in the middle of the season when Graves went down with an injury. With the offense struggling to sustain any rhythm and a defense that was asked to shoulder the load, Lawrence Central stumbled to a 2-7 regular season record.

The cherry on top to a disappointing season came in the sectional semifinal. Crosstown rival Lawrence North ended a 15-game losing streak to Lawrence Central, winning 14-7 on the Bears’ turf.
Lawrence Central must once again hit the reset button after Rodenberg departed for Roncalli. In comes Will Patterson, who coached the last two seasons at Arsenal Tech and last year’s City Coach of the Year. Patterson wants to instill a culture of physicality and toughness, but that might be a tall task this season given the amount of new incoming starters on both sides of the ball.

Deveran Rayner (LB): Rayner was the most productive player on a team that had a good amount of defensive playmakers last year. Rayner was the only player to tally over 100 tackles last year

Davier Farrow (DE): The Morehead State recruit made an impact against the run and the pass. Farrow finished second in tackles-for-loss (9.5) and led the team with four sacks.

Elijah Gaskin (WR): Gaskin was one of the lone bright spots on an offense that stagnated in the second half of the season. He finished first on the team in receptions (37), receiving yards (520) and touchdowns (6). Gaskin will head to Lake Erie College next Fall.

Charles Vaden (QB): It was trial by fire for the young quarterback. Vaden filled in for an injured
Jasen Graves in the second half of the season, passing for 461 yards and three touchdowns. After getting varsity playing time as a freshman, Vaden will likely be the starting quarterback when practices resume in July.