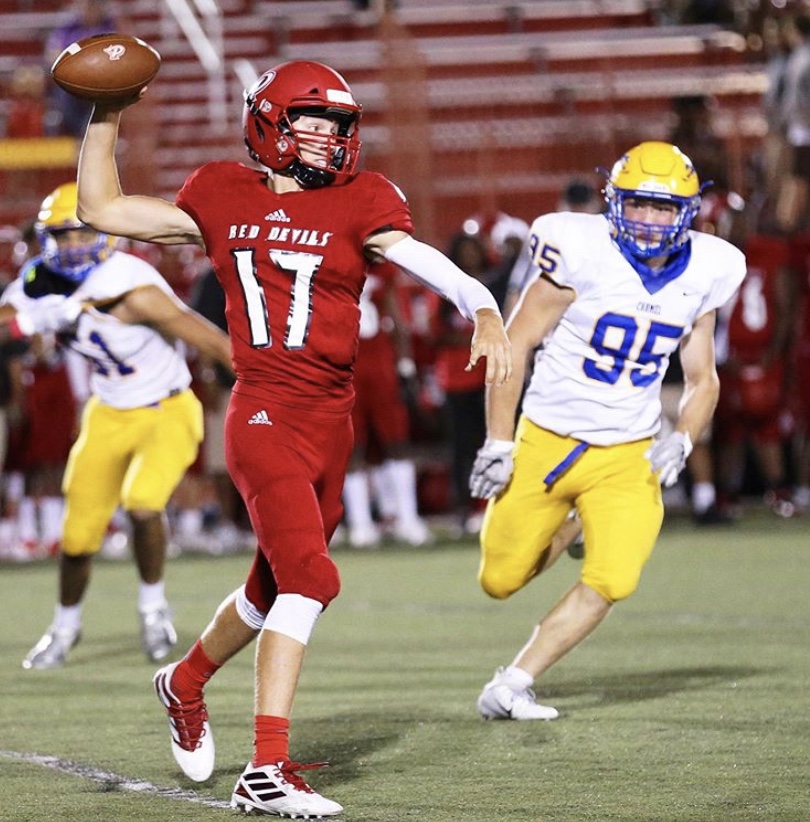 Recap: After stumbling out of the gates with losses to Zionsville and Fishers, Pike was on the cusp of their first victory of the season in week three against Ben Davis. The Red Devils scored a game-saving touchdown on the final play of regulation, but a failed two-point conversion led to Pike staring at an 0-3 record. Pike remained competitive throughout the season, but youth, inexperience and miscues yielded a humbling first season for head coach Pat Echeverria.

The Red Devils will sport new uniforms and turf when the season begins on Aug. 21. With returning playmakers on both sides of the ball, the opportunity is there for Echeverria to make some progress in year two.

Jalyn Law (DB): Law was one of the best defensive backs for Pike last year. Not only did he tie for a team-leading two interceptions, but he also led the team in pass breakups (8). Law will head to Marian University this Fall.

Tyrell Sanders (WR): Sanders was one of the best all-around receivers for Pike. In his final season, he finished third on the team in receptions (40) and hauled in a pair of touchdowns. Sanders will continue his football career at Division III Mount Union.

Kyran Montgomery (DE): Montgomery will be priority number one on opposing offensive coordinator’s scouting reports this season. Last year Montgomery racked up nearly 100 total tackles and five sacks. At 6-foot-4 and 215 pounds, Montgomery is rated one of the top defensive line prospects in the state, with offers from Power 5 schools like Florida State, Penn State, Minnesota and Missouri.

Zavier Simpson (WR): Simpson is the team’s returning leader in receiving yards (449) and catches (42), and should be one of the focal points in Pike’s spread offense. One of Simpson’s signature moments last season was a touchdown catch at the end of regulation against Ben Davis – Pike wound up losing on a failed 2-point conversion on the next play. Simpson currently has offers from Air Force, Indiana State and Columbia.

One matchup to watch: 9/4 vs Ben Davis – As mentioned earlier, Pike came up short on the final play of last year’s Battle of the Westside at Ben Davis. This will be a good test for the Red Devils in the team’s first conference matchup of the season when Ben Davis visits Pike’s renovated field in September.